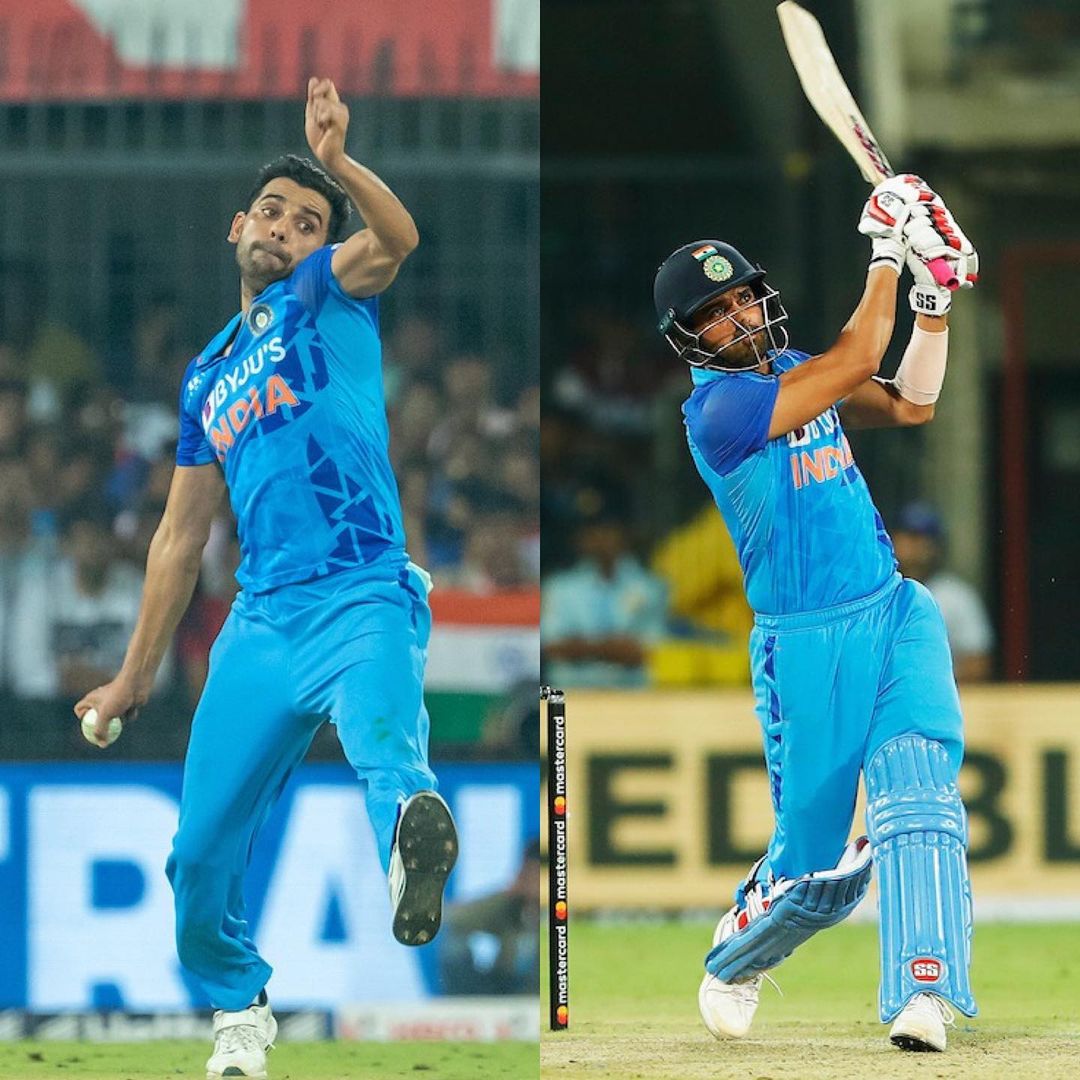 Deepak Chahar was born on August 7th, 1992, and is a professional Indian cricketer who is known for his right-arm medium-pace swing bowling style. He currently competes for the Rajasthan team in domestic cricket and the Chennai Super Kings in the Indian Premier League.

Deepak Chahar is a bowler who has the potential to disrupt the opposing team’s strategy during the powerplay overs. Moreover, he is known to be a challenging opponent for batters due to his classical swing bowling style.

After an excellent start to his first-class cricket career with Rajasthan in 2010-11, taking 8 for 10 in a match, Chahar faced challenges with injuries and fitness. However, he found success again in the T20 format, particularly under the leadership of MS Dhoni with Chennai Super Kings in the IPL in 2018. His performance improved even more in the next season, finishing third in the wickets table with 22 wickets at a strike rate of 17.5, including 3 for 26 in the final match.

Deepak Chahar received significant attention during the IPL 2022 mega auction in Bengaluru after he was signed by Chennai Super Kings for a record amount of INR 14 crore. But unfortunately, he was unable to participate in the IPL 2022 season due to a back injury.

Before the IPL 2023 mini-auction, Chennai Super Kings, the four-time IPL champions, decided to retain him on their team. The classical swing bowler is looking forward to contributing to the team’s success during the sixteenth edition of the Indian Premier League.

Deepak Chahar’s income from endorsement deals is a significant contributor to his wealth. He is still relatively young at 30, and his success in his career is likely to bring further financial gain.

The following are the brands that Deepak Chahar Endorse:

Deepak Chahar was born in Agra, UP. Lokendra Singh Chahar, his father, is a retired Indian Air Force member, whereas his mother, Pushpa Chahar, is a stay-at-home parent. He also has an older sister, Malti Chahar, and she is a model and a model, Miss India Finalist, along with a Bollywood actress. He also has a cousin brother Rahul Chahar who, like him, plays for the Indian cricket team.

Deepak Chahar’s girlfriend’s name is Jaya Bhardwaj, and they have been dating for a long time.

Jaya and Deepak had been dating for a long time, and as per Deepak, it was time that they tied the Knot, and he did that in the filmiest way possible.

This happened after CSK’s Match with Punjab kings when the cricketer went to the stands where her girlfriend was standing cheering, and the cameras were on him; he cleared the space around her, hand in his pocket, he went down on one knee, and took out the ring while asking her the question.

She was on the seventh sky hearing the proposal and could not hide her excitement, she said right away, accepted the ring and hugged his brand new finance.

After the grand proposal in front of millions of people, the wedding was due, everyone expected it to be as in the public eye as the case was with the proposal, but to everyone’s disappointment, Deepak and Jaya got married in a private event where only close family was invited.

Chahar then took to Instagram to announce their wedding with beautiful photos of the newlywed.

The cricketer had a lot of ups and downs in his career, but every time he has shone brighter, and the same is the case with his car collection; he is not like his fellow cricketer who likes to add luxury cars to their profile.

The cars owned by Deepak Chahar are:

Apart from that, he also owns a luxurious apartment complex.

What is Deepak Chahar net worth?

Deepak Chahar Net worth is around $7.5 Million.

What is Deepak Chahar’s girlfriend’s name?

What is Deepak Chahar’s wife’s name?

What is Deepak Chahar’s age?

What is Deepak Chahar’s sister’s name?

Deepak Chahar’s sister’s name is Malati Chahar, she is an actress

What is Deepak Chahar’s brother’s name?

Deepak Chahar’s cousin-brother’s name is Rahul Chahar, he also represents the Indian cricket team at the international level as well as domestic.