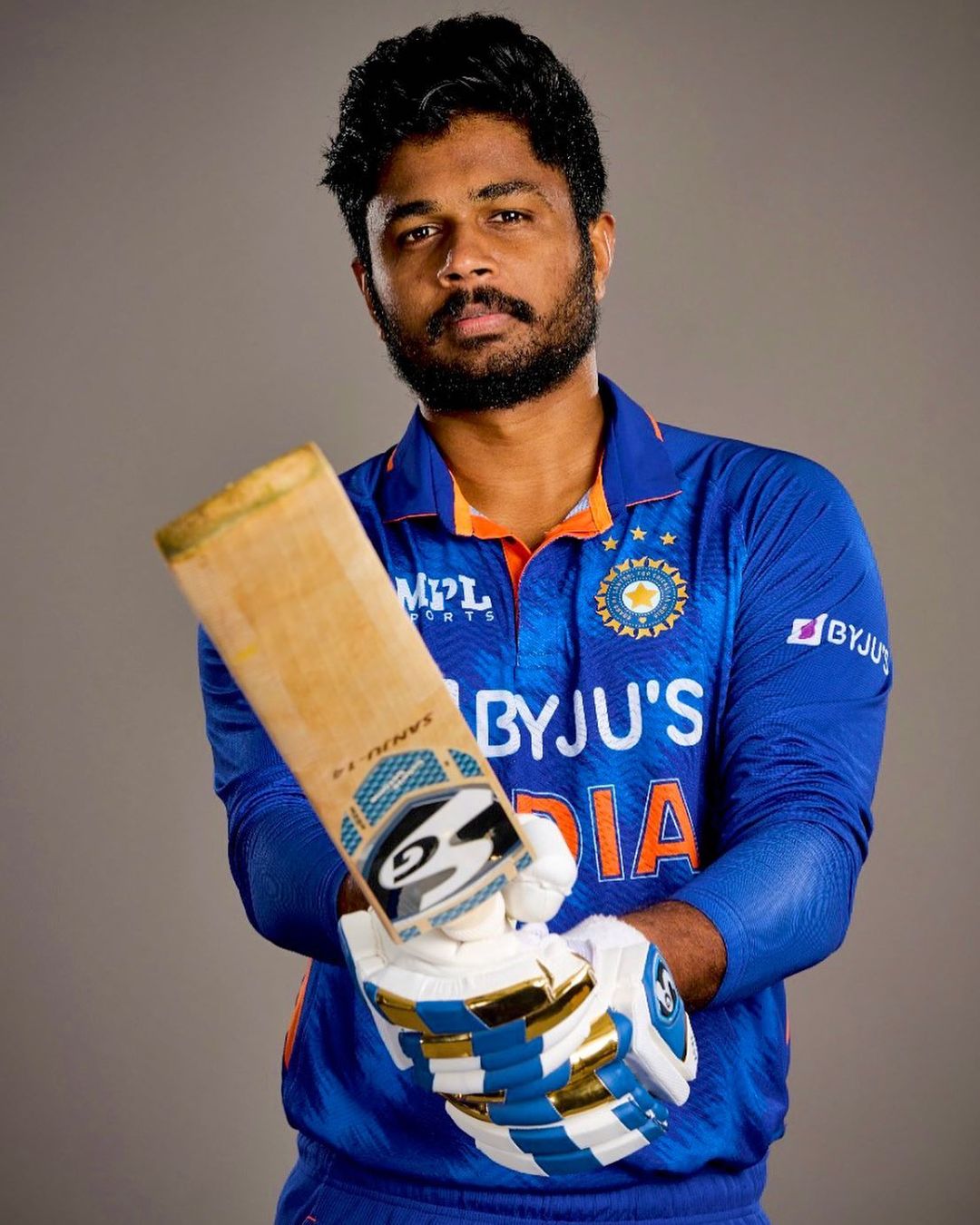 Sanju Samson was born in a Latin Catholic Malayali family in Thiruvananthapuram, Kerala, on 11th November 1994. His father, Samson Viswanath, was a police constable in Delhi police, and his mother, Ligy Viswanath, is a housewife. His elder brother Saly Samson was also a cricketer.

Sanju started training under coach Yashpal at DL DAV Model School, but he was not selected for the U-13 Delhi team. His father then took voluntary retirement from the force and from playing football a year later, and they all moved to Kerala.

In domestic cricket, he now captains Kerala, and as of IPL, he is the captain of Rajasthan Royals.

This shows how much potential Sanju Samson has. A versatile player, Sanju can bat as well as keep wickets if called upon to do so. His ability to read the game makes him a great asset for any cricketing side across all game formats.

Sanju Samson s an Indian cricketer who plays for the Rajasthan Royals in the Indian Premier League (IPL). He was signed by Kolkata Knight Riders in 2012 but never got the chance to show his craft as he was never in the playing IX.

In the next year, he was signed by, and it can be said that he started his career with Rajasthan and has since become one of their most dependable batsmen. A right-handed top-order batsman, Sanju is known for his hard-hitting and fearless approach to batting.

Sanju Samson, with his performance, has become a fan favorite; with his IPL debut, he has become a known face to all, and this has attracted many brands toward him.

Here is the list of Brands that Sanju Samson is associated with:

Sanju Samson married his long-time girlfriend, Charulatha Samson. They got married on 22nd December 2018 in a lowkey ceremony to which only close family and friends were invited. Kerala CM Pinarayi Vijayan and Rahul Dravid attended their wedding.

Sanju lives with his family at his Thiruvananthapuram house; his father is a retired Police officer, his mother is a housewife, and his brother used to play cricket but now works at AG’s office.

At a very young age, the cricketer earned mass fame and respect; along with that, he also earned a lot of money, which he then used to buy some of the best available luxury cars.

Here is the list of cars owned by Sanju Samson

Along with these beauties, Sanju also owns a lot of properties in many places, and he currently lives with his wife in a house estimated at INR 4 Crore.

What is Sanju Samson’s wife’s name?

What is Sanju Samson’s age?

What is Sanju Samson’s height?

Is Sanju Samson going to play for Ireland?

Reportedly Sanju Samson was offered to play for Ireland by the Ireland Cricket board, but he said No as he cannot imagine representing any other country than India.

What is Sanju Samson’s net worth?

Sanju Samson’s Net worth is estimated at around $9 Million (INR 73.6 Crore).