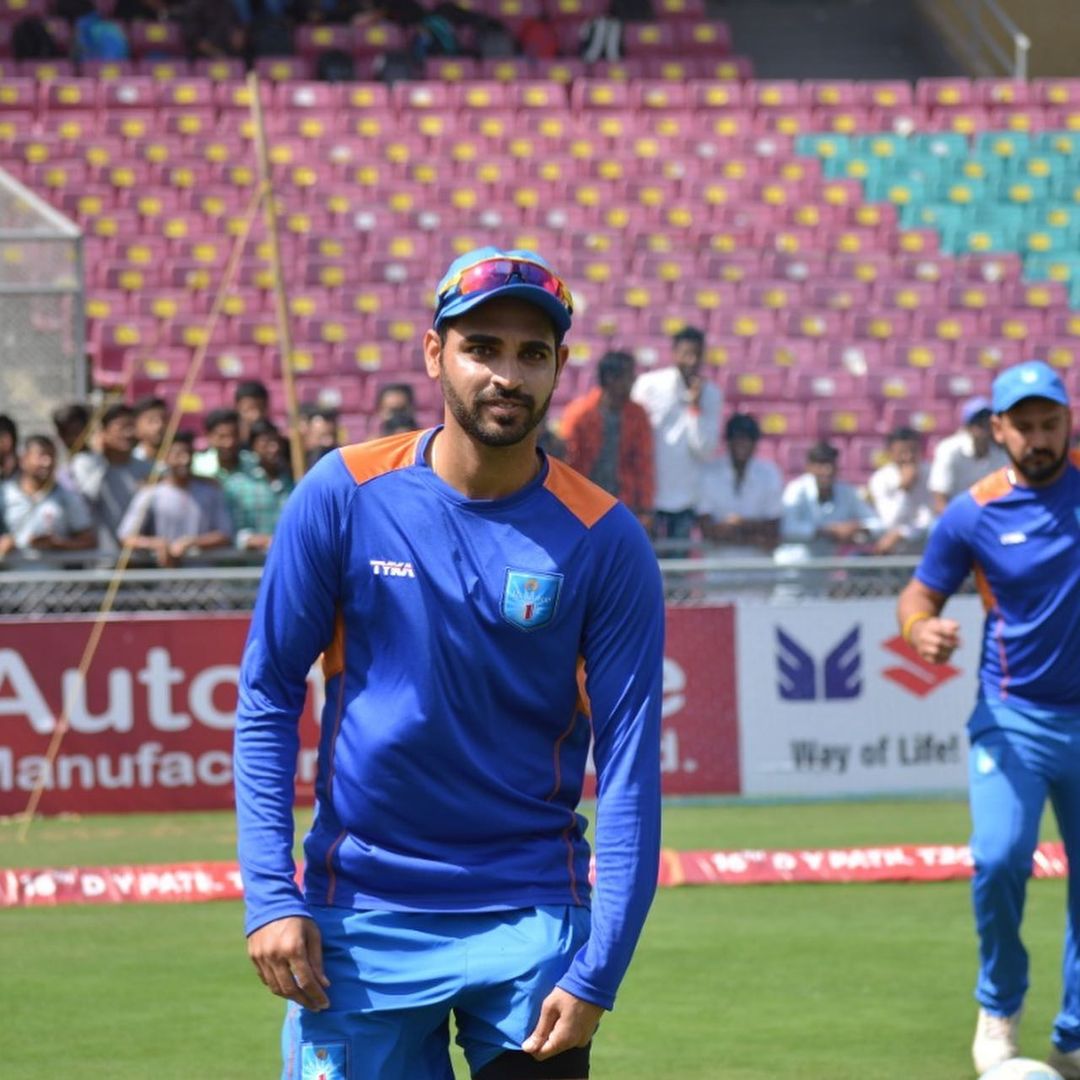 Bhuvneshwar Kumar, a Meerut boy born on 05h February 1990, is one of the finest bowlers Indian cricket has ever seen who can swing the ball both ways and that too with ease. When he was 17, he made his first-class debut when he played for Uttar Pradesh and against Bengal.

He came to the limelight when he knocked out Sachin Tendulkar for a duck when he was just 19 years old in the Ranji 2008-09. The cherry on the top was that this was the first-ever duck for Sachin Tendulkar, the little master in his first-class domestic career. This was enough for him to get in the eyes of the selection committee.

He made his T20 and ODI debut in 2012, and in both matches, he showed his full potential. In the T20 match, he took three wickets for nine runs, and in the ODI, he dismissed Mohammad Hafeez on this very first ball. He looked like the answer to the Indian team’s lack of fast bowling.

Kumar has been known for his strength when it comes to death overs’ bowling, especially during big tournament matches. He is one of India’s premier death bowlers. Kumar remains an integral cog when it comes to crunch situations or to defend low totals.

Bhuvneshwar Kumar has had an impressive IPL career since making his debut in 2012. He moved to Sunrisers Hyderabad ahead of the 2018 season and had a great campaign with 22 wickets at an economy rate of 6.34, one of the best among fast bowlers that season.

Kumar was an important part of Sunrisers Hyderabad’s 2016 IPL winning side, helping the team to victory with a number of great performances throughout the tournament.

Bhuvneshwar Kumar has been the fan favorite since his debut, and he has been in the spotlight in each and every of his debut, making him the ideal candidate for endorsing a brand.

Bhuvneshwar Kumar was born in Meerut, his father, Kiran Pal Singh, was a Sub-Inspector, and his mother, Indresh Singh, is a housewife. He has a sister Rekha Adhana who is older than him and the reason he became a cricketer, as she was the one who encouraged young Bhuvi to play cricket and build a career with it. Because of her, Bhuvi started getting his cricket coaching at the age of 13.

Bhuvneshwar Kumar is married to Nupur Nagar. They got married in Meerut, Uttar Pradesh, on 23rd November 2017. The couple was blessed with a beautiful daughter Acsah in 2021.

Bhuvi’s father, Kiran Pal Singh, was detected with liver cancer in September 2020. The family even consulted specialists from the UK, and then his father went into Chemo at all institute of Medical science, New Delhi.

In the May of 2021, his health started deteriorating, and on 20th May 2021, 63-year-old Kiran Pal Singh, father to Indian Pacer Bhuvneshwar Kumar, and Rekha, husband to Indresh Singh, died.

The Indian Pacer may not have a huge car collection, but this does not mean that he shies away from luxury cars; here are the cars and bikes that are owned by Bhuvneshwar Kumar.

Apart from all these luxurious times, he also owns a beautiful a house in Meerut and some other properties.

What is Bhuvneshwar Kumar’s wife’s name?

What is Bhuvneshwar Kumar’s age?

What was the speed of Bhuvneshwar Kumar’s fastest ball?

The speed of the fastest ball of Bhuvneshwar Kumar was 201 Kmph.

What is the current IPL team that Bhubaneshwar Kumar plays in?

What is Bhuvneshwar Kumar’s net worth?

Bhuvneshwar Kumar’s Net worth is $9 Million.

The Average bowling speed of Bhuvneshwar Kumar is 135 Kmph.

What is Bhuvneshwar Kumar’s height?

What is Bhuvneshwar Kumar’s daughter’s name?